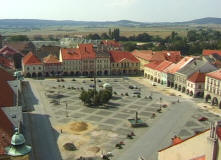 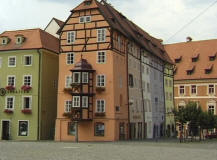 A film crammed with useful information on , a holiday spot in the making. Romantic valleys, impenetrable forests and desolate mountains are typical of its scenery. However, people who like to visit towns and villages will fully come into their own, too. , the historic capital, is an absolute must and is regarded as one of the most beautiful cities of . But also towns such as Tabor, Kutna Hora, Ceske Crumlov, can be counted among the best examples of European urban architecture. We also pay a visit to Mariendorf, better known under the name of Theresienstadt where many Jews met their death. More and more people discover this fascinating country. That’s why we made this film for you to prepare you for your trip.